The difference between being a Savior and Being an Ally 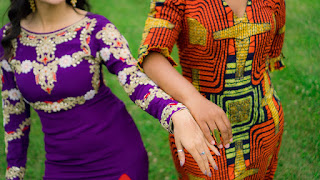 I think it goes without saying that the current political climate has indeed awakened and shaken the populous.

As a culture, we used to make fun of the person who was "woke" often clad with a vintage protest tee, a printed kufi and was the perpetual buzz kill of any party, bbq, or social gathering. But the last few years has changed that dynamic, and now being woke is something to espouse to. We have seen this shift in our conversations, on social media, hell, most of our cool tees and the popularization of pin and patch culture, all bearing some politically charged message, show the shift of the culture; that even our fashion speaks for us.

To be honest, there are enough issues for every person of the woke ilk to chose one and support it. But there is a social selfishness that pervades even our wokeness. We only support or speak on issues that directly affect our own communities. And while communal advocacy is vital, indeed essential, for that communities survival, there is something even more powerful when we can bring similar passion to conversations that have little or nothing to do directly with our own communities.

We need to care about each other. But in doing so, we also need to be responsible in that caring. Part of that responsibility is understanding the differences between being a savior and being an ally.

A savior is defined as "a person who saves, rescues, or delivers." The "savior" can be seen as the person who goes to underprivileged communities to "help" and are trying to "save" the people there. It is the Michelle Pfeiffers in Dangerous Minds, the Kevin Costners of Dances With Wolves, the Tom Cruises of The Last Samurai, the Hilary Swanks of Freedom Writers.

These people, who happen to be somehow connected to the oppressing community, seeking out the chance to save those who are oppressed, usually without knowing, understanding, or belonging to that community. In addition, these are the folks who place themselves in the center of the narrative. These are people who somehow seek to dominate those whom they are supposed to be helping. They typically do not ask those whom they are helping anything about their communities, their needs, or even themselves. In this, they render themselves unneeded and unwanted.

To be honest, the only savior I have ever needed is Jesus Christ.

An ally is defined as "a person, group, or nation that is associated with another or others for some common cause or purpose; a person who associates or cooperates with another; supporter." This is the straight, cisgender person who goes to the LGBTQIA+ marches and rallies, the White people financially supporting Black Live Matter, the man who talks to his friends about street harassment and why its wrong. These are people who have deliberately placed themselves in a position of support, rather than in the position of savior. Allies seek to understand the struggles and look for ways they can add their voice to the dialogue, rather than dominate it.

Here is Amanda Seales with an interesting (and of course hilarious take on the Savior/ Ally narrative as in pertains to White and Black People:

Being an ally means:

Recognizing the power of your own voice in a fight that is not yours. Every one of us has a voice. And our voices are powerful, but especially when we are speaking up for others. A man telling another bro "naw, it's not cool for you to talk to women out here like that.", a Christian standing up and saying that a Muslim ban is wrong, citizens defending those who are seeking asylum at our borders, are all powerful moments where allyship is exemplified.

Recognizing your own privilege and wielding it well. We all have privilege. I am a cisgender, heterosexual, able-bodied, employed, Christian with a platform. All of those are forms of privilege that if we had more time, I could prove are privileges simply by flipping the script on each and showing you the opposite. In each of those, I can enter rooms and conversations that those who are not those things cannot, and affect change there, not to be their savior, but to lead to their already collective voice, and express their needs in a way that has been expressed to me by my involvement with them.

In short, Jesus is the only one who saves. Don't be a savior, be an ally. 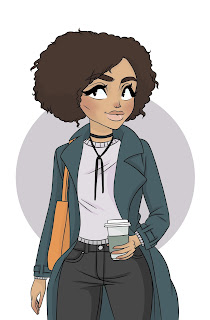 ABOUT MEI'm Whitney, a writer, podcaster, and content creator. Thanks for stopping by and don't forget to subscribe below!

Support the blog and podcast HERE! 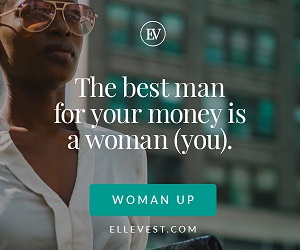